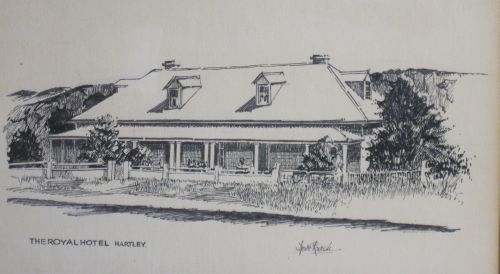 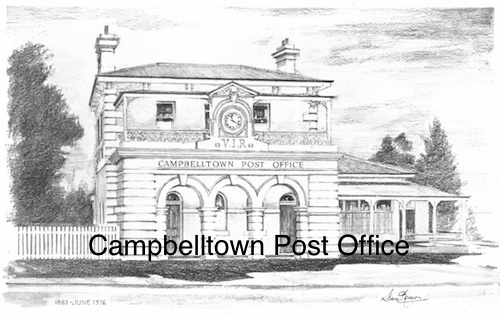 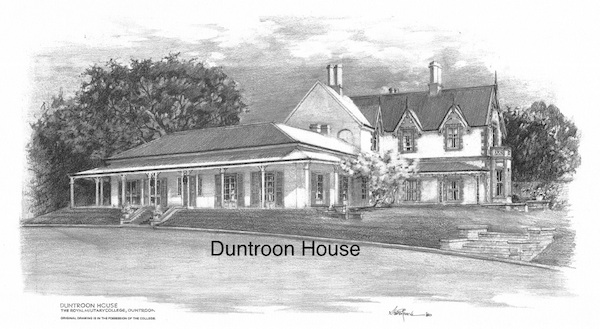 A series of prints featuring the
Royal Military College Duntroon. 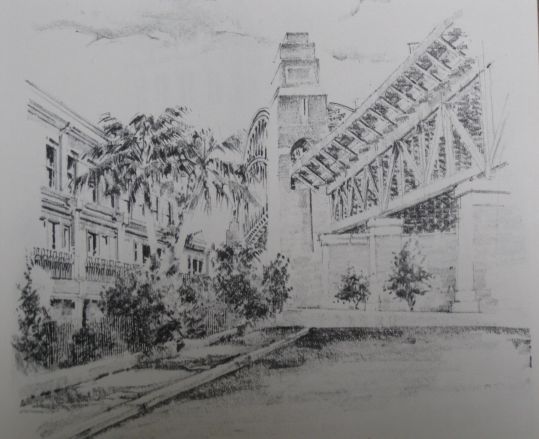 Steve Roach is considered to be one of the finest pencil artists Australia has ever produced.

Born in Junee, NSW, he died in the 1990s. Steve studied architectural drawing at Strathfield and East Sydney Technical Colleges. He also attended Julian Ashton Art School. His talent was widely recognised not only in the Macarthur region where he resided but also through many of his commissioned works. Victoria Barracks and the Royal Military College Duntroon were just two of a number of military establishments he was commissioned to draw. In 1978 he illustrated “Lithgow and Hartley Valley Sketchbook” for the publishers Rigby and was involved in the Campbelltown Sesquicentenary celebrations designing and illustrating the programme of events. He loved to draw many of the historical buildings and churches throughout NSW many of which are no longer standing.

In the 1970s he established a printing business ‘Balanada Prints’ to reproduce some of his superb drawings. They were extremely popular and some of the first edition prints are still available together with a number of his original drawings. Prints include St John’s Parramatta, St. Luke’s Liverpool, Royalla Farm, ACT, Glenlee Menangle, Eschol Park, Denham Court House and a number of other notable landmarks. Camden Park House, the Court House Campbelltown, St John’s Camden, Glenalvon Campbelltown, St Paul’s Rectory Cobbitty are just a few of the original works still available for sale.

Steve Roach was also a valued member of the Campbelltown community who used his artistic talents in drawing a range of historical and community landmarks. Steve was regularly commissioned by businesses and individuals to draw a range of items including book covers, letterheads, historic properties and provide the artwork for commercial advertising.

Some years ago the Campbelltown City Library paid tribute to Steve Roach with a display acknowledging the significant contribution he made to the history of Campbelltown. The Library now houses in its permanent collection many of his prints, memorabilia and drawings.

In September 2005, Camden Fine Art Gallery honoured Steve Roach with a solo exhibition of his works. Pencil drawings, pen and ink sketches and also oil and watercolour paintings were featured. Hundreds of people viewed the exhibition and paid tribute to this remarkable man and the contribution he made to Australian art and his community during his lifetime.